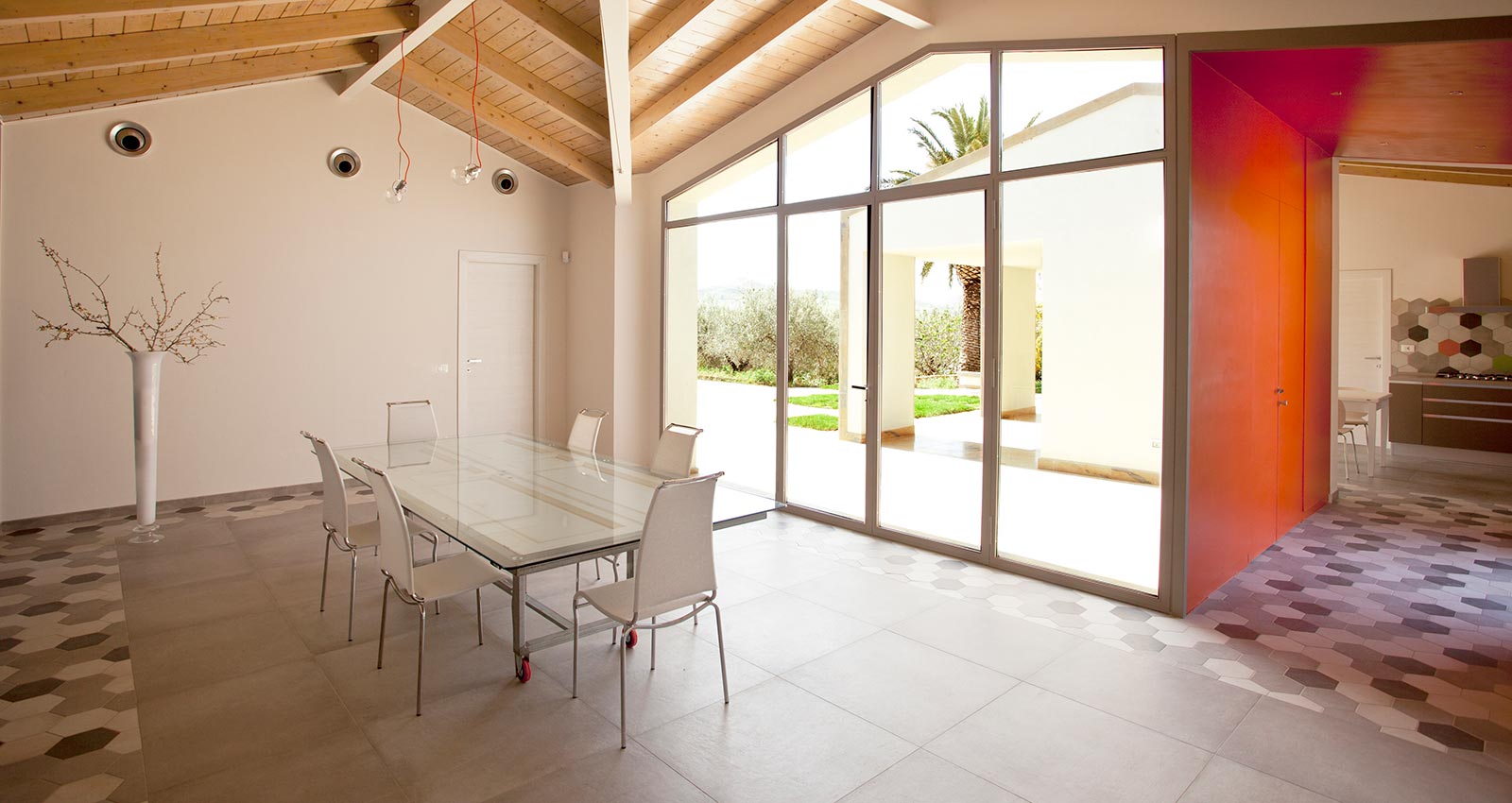 Rewind: the interaction between stoneware surfaces in a Sicilian home


Mazzarinois a little town immersed in the Sicilian countryside, just a few kilometres from Piazza Armerina, known for the magnificent Roman mosaics of Villa del Casale. Here, it is the land that tells stories of people and architecture, inextricably linking them with its time-honoured history which, here and there, rises to the surface, charming and capturing the attention.

Even a rural property without any particular architectural value can write a chapter in this story if it dialogues with nature. Livio Ficarra and Silvia Nardi of LFSN are well aware of this, the two young architects having overseen a project in 2017 to redevelop a building dating to the 1980s in Mazzarino.

The project had a specific underlying goal: to simplify the building, identify its simplest and most primitive geometries, and to once again make it part of the surrounding landscape using architectural and material solutions. With regard to the latter in particular, whereas the external envelope was given the task of emphasising its origins and connection with the area, the internal surfaces had the delicate job of balancing the pre-existing and the new.

And to help the architects in this arduous task what better than the Ragno Rewind collection? The surfaces of its concrete-effect porcelain stoneware, which happily offer a few glimpses of its previous function, proved to be perfect for bringing together all of the spaces of the new home which, internally, covers an area of around 200 square metres.

Two pieces of architecture, predominantly longitudinal in shape, one perpendicular to the other, are connected by a kind of hinge, underlined by a coloured metal structure that announces its modern makeover. Inside the two spaces the floors are identical and form ceramic carpets in the larger rooms: the borders are formed from a mix of hexagons in the Vanilla, Polvere and Peltro shades, while the centre consists of a regular pattern of 75x75 cm tiles in Polvere grey.

The traditional barn structure of the ceiling frames the three dimensions of the indoor space, making it cosy and intimate, while the windows, regularly distributed, look out onto the exterior and absorb it in a unique perceptive dimension.

Register for the newsletter!